Finally, the race report and a bit more. It became longer than expected… but there would be so much more to write! This is what I want to share from this great experience.

Norseman began in 2003 and is the original extreme triathlon. Its course is composed by:

This means Ironman distances, but with 5000m of climbing and several seasons of the year included.

Norseman is not a race, it’s an experience

The event has the peculiarity of being unsupported by the organization, that is, participants must bring a team to support them, provide food and drink along the way. The team also has to provide company in the final climb to the mountain, where the dangers inherent to the state of fatigue at the later part of an Ironman distance is coupled with altitude and terrain.

For some time I’ve been watching the videos of each year of the race and I had no doubt that it was a challenge I wanted to have on my path. I set an alarm for November 1st and signed up, immediately starting to prepare the travel checklist, the list of equipment, the types of training I would have to do. 10 days later, 2 days before the expected announcement, calm reigned. I had done my part and only had to wait for the luck.

When I received an email notification on my cell phone, I got up suddenly, left the restaurant where I dined, and went into the cold November air to assimilate what had just happened. My Norseman ID had been one of 250 drawn out of 4800 applications to Norseman!!

I had to make some adjustments to my sports calendar, the main one was the deferral of Ironman Frankfurt to 2019. In addition to the usual events, such as Tróia-Sagres (this year doubled with Alcoutim-Aljezur, a.k.a. Chase the Sun, the following day), Lisbon Half Marathon, Challenge Lisbon Half IM and some Granfondos, this was the year I started to do some MTB events: after the debut in Madrid-Lisbon in 2017 I experimented with triathlon cross at XTerra Portugal, Golegã. I also began the project of doing the so-called 5 Monuments of Cycling – Milan-San Remo, Ronde van Vlaanderen, Paris-Roubaix, Liège-Bastogne-Liége and Giro di Lombardia; I will return to this in another post. In summary, from the moment I received the magic email I did:

Along with turbo training at home, swimming pool and some open water and running, between November 11 and the day of the race I accumulated:

Even taking into account a philosophy of training that privileges quality vs. quantity, these are relatively low numbers to prepare an Ironman. However, strength training and increasing attention to recovery made me evolve in this time period and get to the event with a strong all-round aerobic base and a reasonable muscle endurance level.

Due to the return of a knee injury in the last 4 months, I ended up doing a lot less running training than planned. It was a long journey with medical appointments, physical therapy sessions, chiropractic and body reprogramming, custom insoles, anti-inflammatories, kinesio tape and many hours on the net trying to improve knowledge about a chondromalacia patellae, which was a very broad way of saying a screwed-up kneecap. The diagnosis through simple tests and specific run technique corrective exercises turned out to be the factor that allowed me to start the race, after having been often with the towel in hand and looking at the floor to throw it. 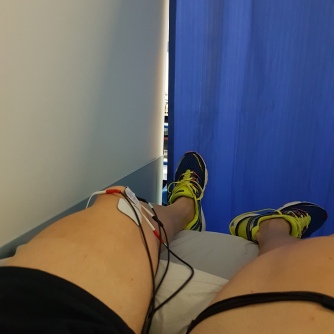 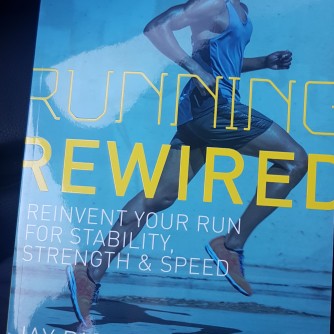 At the end of the day, the experience and advice I collected dictated that as a master (in age terms!) and considering the twist of not having accumulated a volume as expected in due time, it was more important to intelligently manage tapering (the gradual reduction of training before a big event) than to try and force volume in the final month. The best thing to do was remain calm and push when and where possible. The last couple of weeks have returned limited but positive tests and the green-ish light was good enough for me.

It was the first international plane trip for a triathlon race and with a wide variety of equipment for the various possibilities of weather and changes during the race. The packing was more challenging but nothing really new. To get an idea of ​​the logistics for such an adventure: 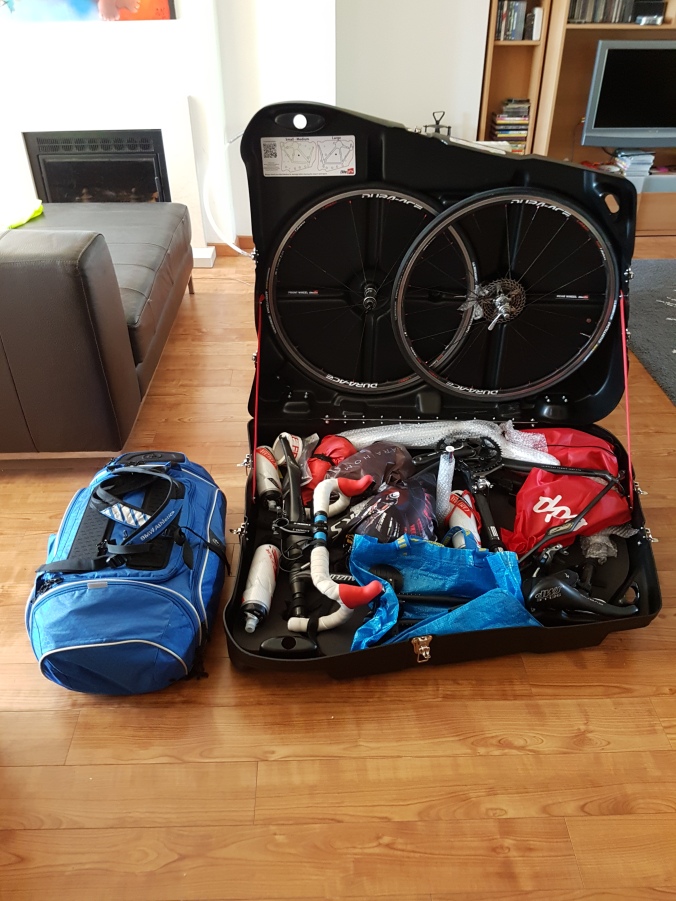 We arrived Monday night and took advantage of the excellent public transports and accessibility to get everything from the airport to Oslo city center. 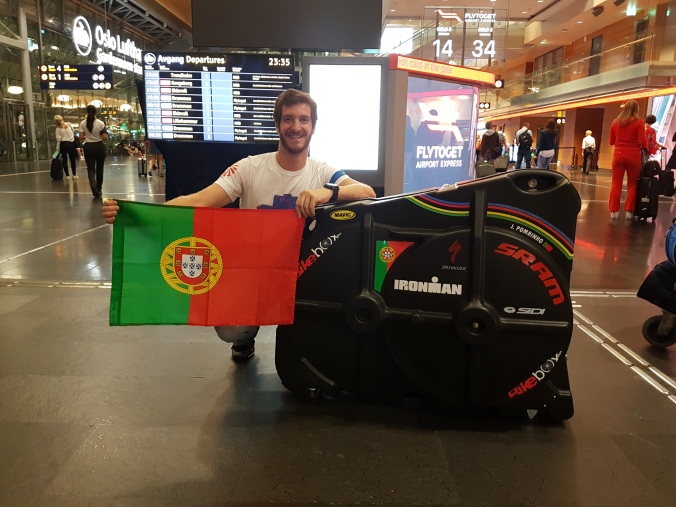 Oslo was unusually warm and on Tuesday we  took a bike ride around the city with stops in the main parks. 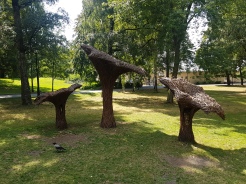 We enjoyed maximum tranquility in the trip while riding, which unfortunately is not something to currently take for granted back home. Coexistence between bicycles and cars is undoubtedly a cultural issue but there are very important steps and actions to make it happen. The protection zones for cyclists ahead of the queues at the traffic lights are a very clear example of this. 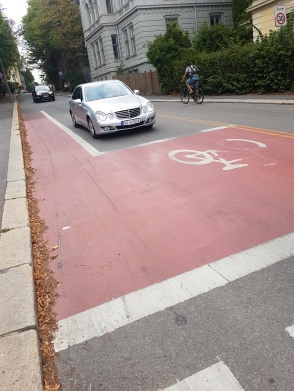 Wednesday we made the trip from Oslo to just outside Eidfjord, where we found accommodation. 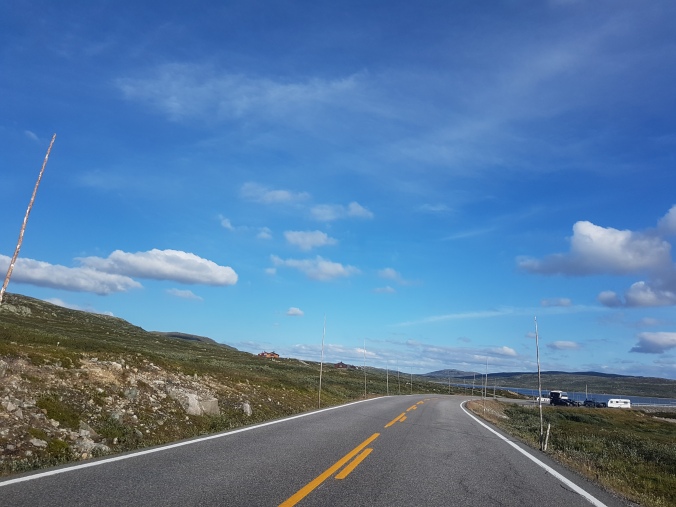 On the way we saw the fantastic scenery between Geilo and the ascent, with incredible plateaus lined with towering sticks to measure the height of snow at the right time of the year and some mirror-like lakes here and there. Some wind gusts also made it possible to foresee what one would find come race day.

We finally arrived at Liseth Pensjonat, near the Voringfoss area. 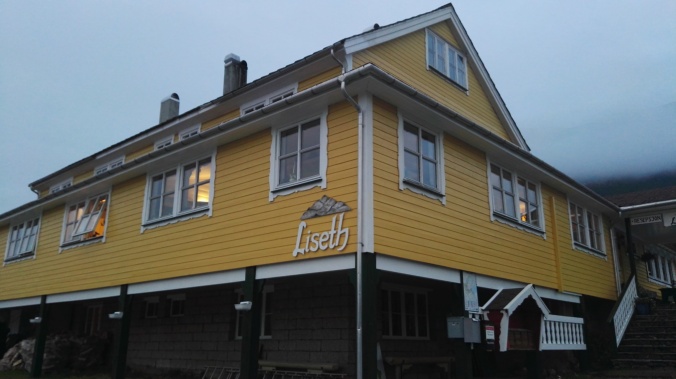 In the previous days, Pedro Lima’s last minute injury turned a 2 people support team into a one-woman army by the name of Andreia Estrela. Also, we had to negotiate a downgrade in the accommodation  and the only alternative was a minimum bunk room where, according to the owner, not even a bike would fit … but it did! 🙂 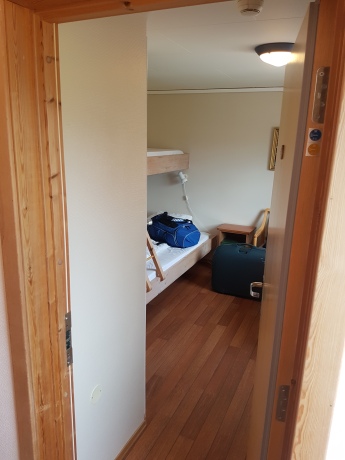 Mr. Liseth, quite nice and understanding about the challenges of participating in an event like this, did everything to make thing simple(r) and let us use the garage to store the bike box and do the assembly.

We went down to the Eidfjord and saw for the first time the tunnels and climbs that made up the initial part of the bicycle segment.

It was late afternoon and we went to a hotel near the start to watch The Norseman Story, a session on the genesis of the event and the backstage that gave a much greater significance to these aspects that usually go unnoticed. Norseman is really different.

After breakfast I decided to go back to rest, a scenario that was not planned but which I would repeat the next day… one thing that I do not haggle before races is rest.

Then it was time to assemble the bike, I am getting well versed with the puzzle and less a task on the way. We went down to register in Eidfjord, were able to receive some more indications and signed the banner of the event. 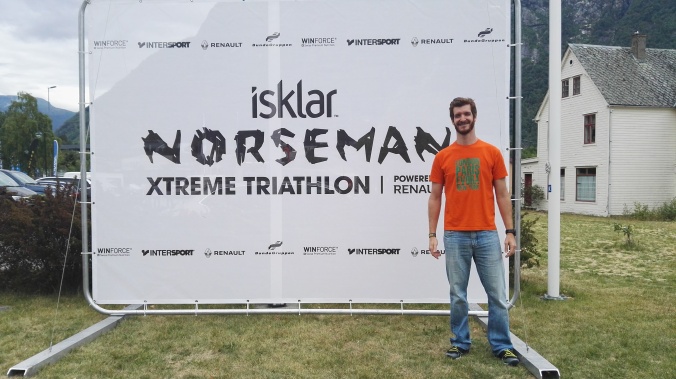 Next we walked by the dock and I took the opportunity to put on the wetsuit and do a short swim of recon and adaptation. It was better than I expected, the water was rather cold but nothing out of this world and I ended up going to the buoy and back.

Again in Liseth, we had dinner at the hotel and tried to force myself to bed at around 10 p.m., after a short walk. Unexpectedly or not, sleep was stubborn and it took 2 hours to fall asleep. It was now one day before the race.

After breakfast we made the final adjustments to the plans and reviewed the contents of the bags for the various moments of the race: before the ferry, ferry, swimming, T1, bike, T2, race, mountain and finish. 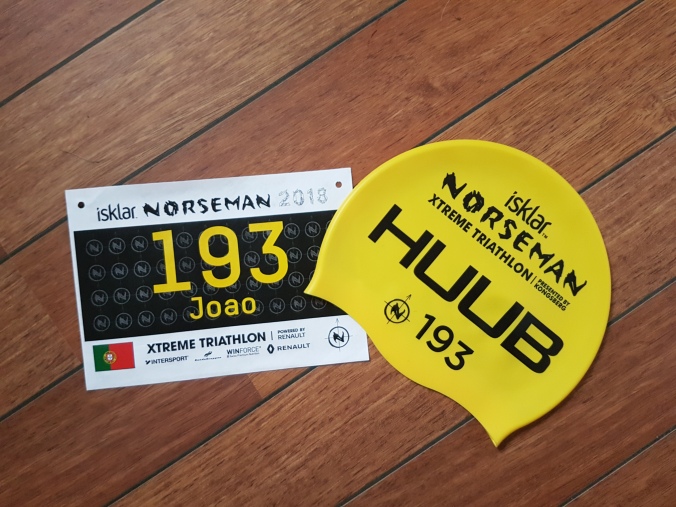 In the afternoon we went to the briefing in a school pavilion, an impressive session feeling everyone’s energy, reviewing past moments of the race and it was, despite all the reading that we have been collecting and assimilating, still quite informative. 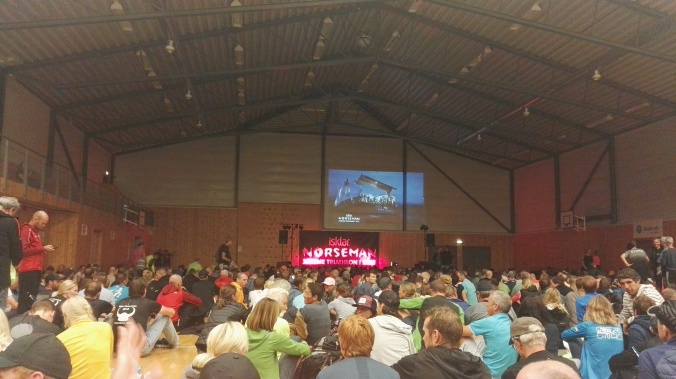 Last grocery shopping at the nearby supermarket and bike-check in the car park. We knew that the last few hours before the race would be in autopilot mode and it was just like that: a pasta dinner prepared by the excellent hosts at Liseth followed by a short walk, phone calls and loading the bike box and most of the bags in to the van.

As on the day before, more than 2 hours to fall asleep again, flashes of parts of the race immediately coming to mind and a mental check of what is necessary to have and do in each moment. Every time I checked the phone a lot of encouragement messages… you guys were really there! 🙂 It was past midnight when I last saw the clock and…